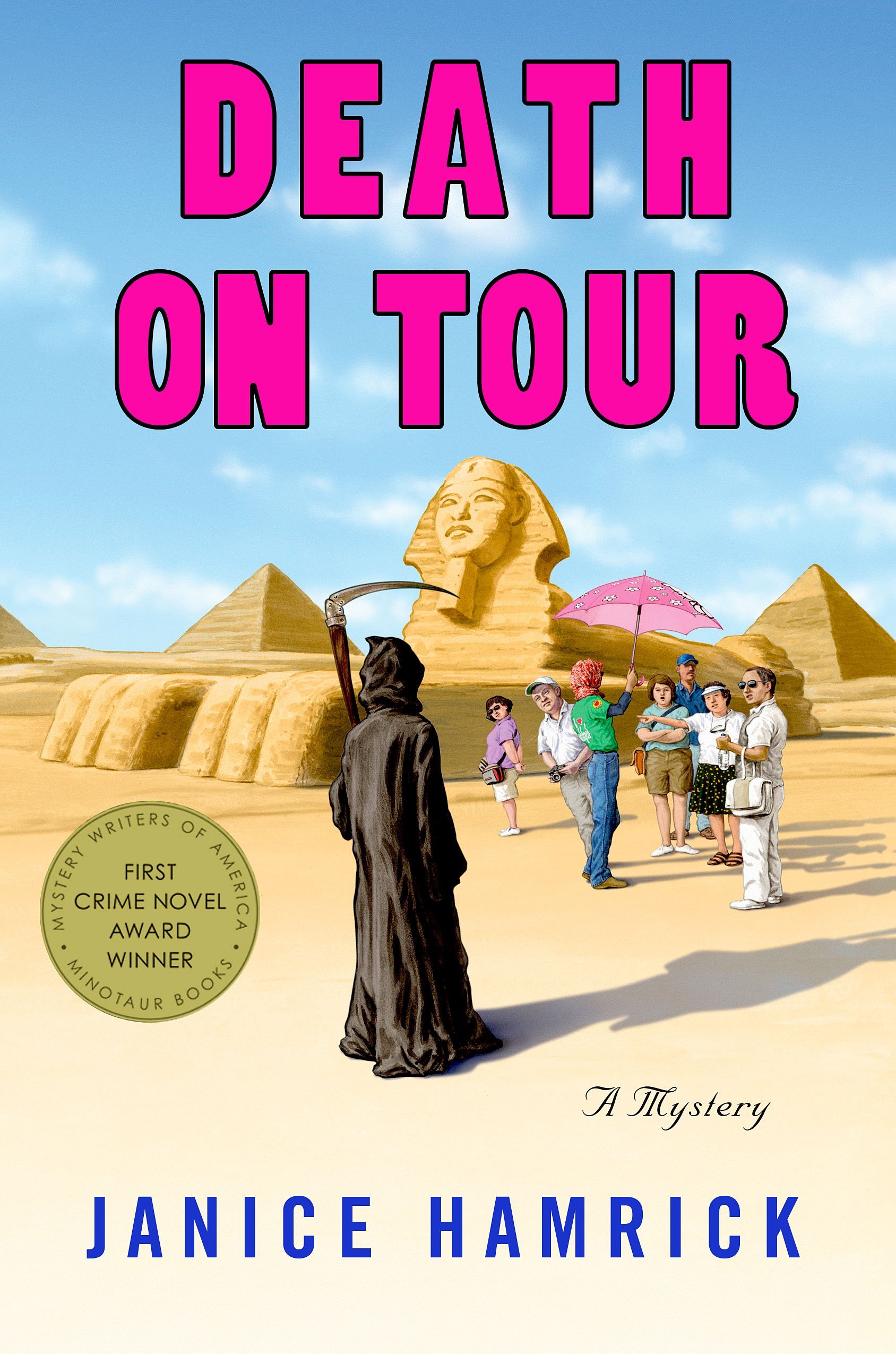 Praise for Death On Tour

“A classy whodunit, “Death on Tour” also offers a trove of Egyptology and a wealth of humor- Christie’s characters were never this smart-alecky.” The Richmond Times-Dispatch

“Death on Tour is fun, romantic and delightful, and full of fascinating bits about ancient Egypt. It ranks very high as an entertainment.” The Cleveland Review

“A passport’s not needed to enjoy Hamrick’s ditzy debut, the first in a new cozy series and the winner of the 2010 Mystery Writers of America/Minotaur Books First Crime Novel Competition.” Publishers Weekly

“Janice Hamrick’s debut mystery, Death on Tour is highly recommended for those who love a charming, suspenseful, hilarious cozy with a happy, fairytale ending. (It’s the perfect cozy for taking on vacation.)” Gumshoe Review

“Murder, possible smuggling, a colorful array of characters and what could be the start of a romance are vying for top billing with the wonders of Egypt in this funny and expertly plotted debut, introducing high school teacher Jocelyn Shore. Readers can only hope that Hamrick’s next installment is as much fun as this one.” RT Book Review

Death on Tour was nominated for the Simon & Schuster Mary Higgins Clark Award and for Best First Mystery in the Romantic Times Reviewers’ Choice Awards.

When the most obnoxious member of her Egyptian tour group is found dead at the base of a pyramid, Texas high school history teacher Jocelyn Shore mostly hopes her camel ride won’t be canceled. After all, a stranger’s unfortunate mishap shouldn’t ruin the adventure of a lifetime. But this death was no accident, and as the group travels south into the heart of Egypt, Jocelyn begins to realize that no one on the bus is exactly what they seem.

From the jovial doctor haggling for trinkets he doesn’t want to the mysterious imposter wearing someone else’s clothing, this group of tourists is carrying more than one kind of baggage. Add a mistaken identity, a priceless necklace, and one dead Egyptian to the mix, and Jocelyn finds herself reluctantly trying to unravel an intrigue that threatens to end not only her vacation, but her life.